THE REAL REASON FOR THE SEASON 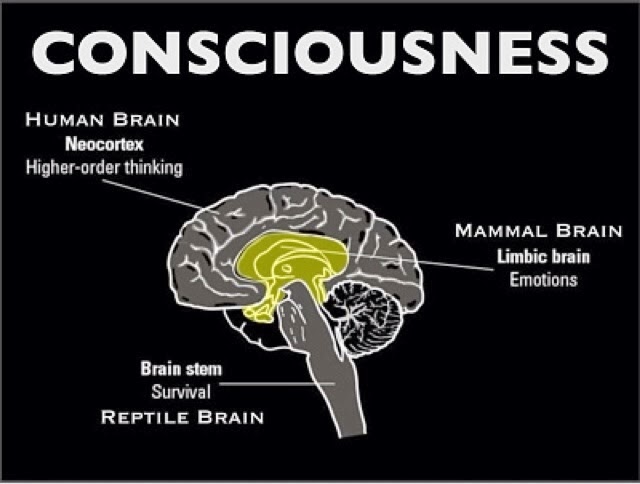 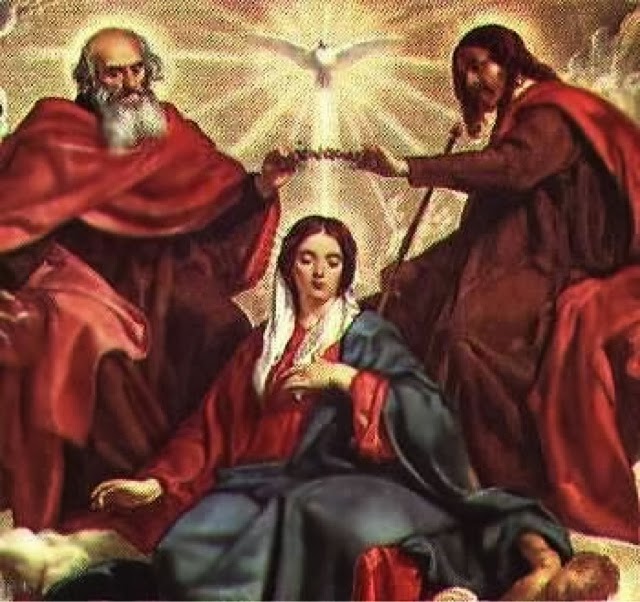 Thought is represented by God, Emotion is represented by Mary, & Action is represented by Jesus. It's a metaphor for our brain structure. When we are using all of our brain in the correct order, it manifests in the world as correct action. First, God had to come to earth to interact with Mary to produce the male son, Jesus. In the same way, we have to acquire correct knowledge & evidence in our neocortex, then interact that with correct emotion using our limbic brain in order to produce correct action using our brain stem. If we are not properly using all three parts, or changing the order & hierarchy in any way, then we are using our brains incorrectly which will produce less than prudent or even completely wrong action on our part. Living based on emotion without prioritizing knowledge of facts and evidence above it is merely living by faith, which is living based on a worldview of fantasy rather than reality. Living based on action prioritized over emotion or knowledge is to act without care for others or to act without thought.
The birth of Jesus represents the birth of right action, which can only come from correct thought interacting with correct emotion.
The podcast I learned all this from runs on my radio station at http://podcastexperinent.net
Update: It's not about saving us from our past iniquities, it's about preventing future iniquities, which means our actions are getting more prudent as we improve our knowledge & emotion, & we don't allow others to think that it is a virtue to continue to enact violence for a government paycheck.

I'd go for a totally voluntary and optional government.

Words can be invented & used to obfuscate reality & intention & to scare & terrorize people into conformity & compliance. Would you be surprised if I said that I'd be all for government IF all "taxes" were optional, all programs became services & products, & IF we were given the freedom to choose what government programs we wanted to pay for without fear of coercion, threats of violence, jail, or murder? If taxes & government services were optional, government would be called a business, & taxes would be called a bill for those services. While they are not optional, "taxation" is actually theft, "government" is actually organized crime, & their "services" are actually intrusions & monopolies. While there is government in its current form, or any corporation or mob using force, fraud & coercion, there is actually no freedom & this is actually not a free market. The free market, which is just me freely & willingly trading with you or anyone else I want to, has been demonized by mislabeling our current situation. If government is involved at all, taxes anything, subsidizes anything, or forces anybody to use their currency that they keep inflating, it is not a free & fair trade that is responding to natural supply & demand.

Maybe I would vote if all taxes would become optional. But that's not going to happen so I'm not going to waste my time pretending that I can influence anything to become better by voting. But since the word anarchy has become demonized to scare the public into believing that it equates to chaos, now we have chaos. Anarchy means without rulers. If you don't want anarchy, then you want threats to coerce your money out of you, and you want violence initiated against your neighbors for not paying off our masters.

So to appease everyone's anxiety we've developed over the thought of having no coercive slave masters, it might be easier for people to imagine optional taxes & services rather than no government. Until people start using words correctly & recognizing the actions of evil people for what they actually are, I'll start describing our solution this way, but it really is the same thing.

No politician will ever be elected who will want to put a stop to government theft & coercion, but let's pretend like that did happen & the government did make all services optional. Maybe the infrastructure would be useful to maintain order, peace, and prosperity. It would be much more than sufficient. If government became a profit driven business that didn't use coercion to gets its revenues & income, it would actually have to slim down, cut unnecessary jobs & budgets (putting most government worker parasites out of work), become more efficient & streamlined. If we saw or heard about anything the government was doing that we didn't approve of, we could actually make a difference by boycotting it & their services. Because of that, if all of government was voluntary, they would actually have to work out all their problems, inefficiencies, & evils. Only a vote with our dollars or resources to trade is a vote that actually counts. We'd actually have a say. Since we don't like war, wars would be over. Since we don't like incarcerating peaceful people, that would stop. Since some of us want to help the poor, handouts would stop. We'd stop the practice of indoctrinating children for 15000 hours that coercion was a virtue, that they could only aspire to be workers & job seekers, & to love their masters & their servitude. EVERYTHING wrong would be made right. The markets would become truly free, & much more equality would come about, because we wouldn't approve of protecting corporations from their liabilities, & bailing them out when their gambles failed. Government would become responsible & liable for any evils it perpetuates, hurting its own business. Government IS ACTUALLY a business right now, but one that is allowed to use coercion & violence to get its revenues, giving it a monopoly or else an unfair advantage in any industry it decides to get involved in, raising prices for everybody, & the debt for our unborn generations. If we made our moral standards apply to EVERYONE, without a government exemption, ALL OF THE WORLDS EVILS & INEFFICIENCIES WOULD EVOLVE THEMSELVES OUT OF EXISTENCE. If government were just another peaceful and optional business, then there would be nothing called "government." We would be our own rulers, & there would be anarchy, which would result in real order & peace.

All government programs people would WANT to pay for would still be provided. So there'd be optional services for roads, police, & security/protection, as long as there is demand for that product. The entire existing system can be beneficial for us ONLY if it is voluntary & optional in its nature. If you want me to move because I don't like coercion, YOU ARE THE ONE WHO WANTS VIOLENCE DONE AGAINST ME & MY PROPERTY STOLEN FROM ME. YOU HAVE BECOME AN ADVOCATE OF VIOLENCE & MURDER, & YOU ARE THE ONE THAT CAN MOVE. Now that you have this knowledge & an understanding of these higher moral standards, you have to evolve past what you've always thought & your state worship. Now that you have heard that taxation is theft, you either accept that definition, or you are compliant with evil.